Some families would love to have a talented player in the family, someone they can go and watch and support in their tennis.

But what if you have 3 of them? How do you split your time and how do you give each of them a balanced approach to their sport?

Let’s take a look at the Tennis Parents’ typical family:

Lucas, the youngest, he is 10 years old and is not a bad little player, but tennis is one of many attractions to him. He loves his football and his computer games too, plus getting muddy with his mates in the local park. He always wants to enter the tennis tournaments though, so he can show off in front of his parents.

Christina, is 12 years old. She is dynamite on court! In the county team, tournament champion three times this year and is ranked higher than her big sister, Emily, who is 14 years old and the first one of the family to play tennis. It was her that led to the other two taking up the sport. Emily is a very good player and until this year could beat her sister easily. Now it is a different story.

Mum and dad have had to be very careful of how they approach each of their children with regards advice and such like. One rule for one is not necessarily a rule for another. So here are some ideas of what they could bring to the table.

Lucas
Needs to enjoy his tennis while he is still keen on playing. He should be encouraged to enter tournaments but understand that sometimes if the girl’s events are at a different venue at the same time they will be given precedence on the basis that he can take it or leave it, whereas they both want to progress up the tennis rankings and need to play regular tournaments.

He will get first call on some other things to even it all out! He should be encouraged to have great fun playing and that his sisters are not playing level targets for him, unless he chooses that to be the case.

Emily
Her younger sister is there as a playing level target, forget the age and that she is now the better player. Emily needs to play for herself the same as Christina does, but at the same time support each other in matches too. If, and when they play each other they simply go for it as best as they can play. Hug each other at the end of the match and move on.

Christina
The super-talent can grow from strength to strength for as long as she wants too and her whole family support her. Christina’s game is good because she followed her hero, Emily, her older sister. Saw how great the game was and wanted to play like her. No jealousy, just respect.

Mum and Dad
Your “job” in all of this is to get all of them to enjoy the game at the level they are comfortable with and let them be individuals within the family unit. Every tennis match each of them plays is as important as everyone else’s in the household. They will grow in the sport together in a much more wholesome way if you do that. It is important not to use one against the other to try and spark inspiration in another. They are their own personalities and should develop in their own ways. 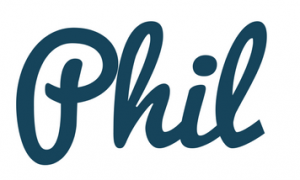