Psychology of winning and losing in sports 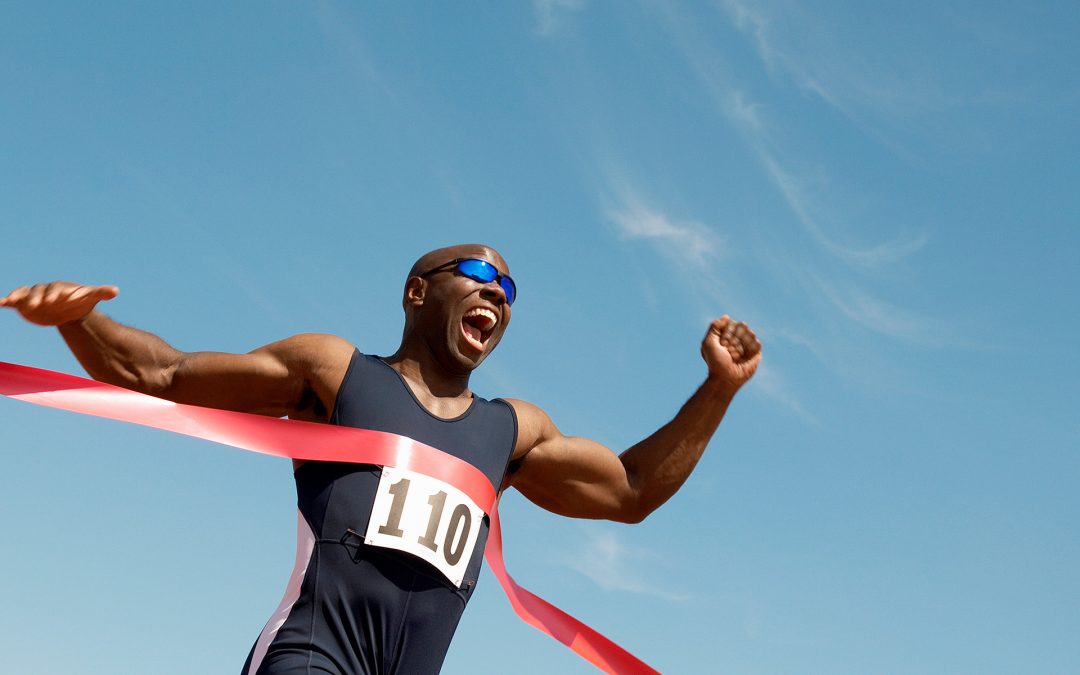 Kids need to learn that winning and losing exist, why they both exist and how to deal with them. Why? Because as adults we somehow come to think that we should only and always win. Is winning the only reason you play your sport? Do you feel like you should always win during competition, or can we agree that you will win some and you will lose some (I realise that winning is really the ultimate goal or why bother competing)? As a competitor it is important to understand that you will experience winning and losing because both worlds exist for everyone, at all levels.

Many of my young clients don’t quite understand that winning and losing are both important and actually do think that they should always be winning. This is a problem for them at their young age and it only gets worse as they get older. As kids, the expectation is that they win. That expectation sets them up for failure and fear and the opposite ends up happening; they lose. For them there is either one extreme or the other. They are either succeeding or failing. The problem is that when they are so stuck on needing to win to feel successful it never allows them to truly win or succeed.

Winning isn’t necessarily succeeding and losing isn’t necessarily failing. Let me explain. Just because the score says you’ve won, it doesn’t mean you’ve played your best or feel successful. I’ve seen it time and time again. If the score says you’ve lost but you played your best and you’ve met many of your expectations you feel successful. Sometimes you can feel much more successful when you’ve lost than if you’d won. One of my tennis players used to think winning was the only thing. He would get totally caught up in the score. Thinking about the outcome, pulled him out of his ability to be present and play and many times he would lose. As he got mentally stronger, he started winning more matches. He also learned not only how to win more matches but to deal with losing. We set him up with small expectations along the way that led him to the end of the match. If he played his best and met many of these expectations, he’d done his job and felt successful. Last week we had a conversation about his stats. Based on his stats, he’s played slightly better this year than last but he feels physically and mentally stronger and feels like he’s playing his best tennis.

Winning is great, right? You’ve beaten the opponent. You’ve moved up in the ranking. Your coach is happy. You are happy. There’s not much but happy stuff that comes along with winning but winning brings with it other things that you may have not thought about. It can bring with it the pressure to continue to win (you, your coach, friends, family members), an arrogance and an assumption that if you won you should be able to continue to win. Some of this is not a bad thing particularly if you know it’s coming but this is where winning becomes fatal for many athletes: they don’t know it’s coming and it completely takes over in a way that produces losing results.

None of us want to lose but we all do; we all have to. Why is important to lose? There are many reasons but here’s the one I find the most important: if you lose the ‘right way’ you can still feel good about your performance (yourself) but you are open to learning and improving for the next one. Otherwise, losing feels scary, instills fear and the openness and chances of losing again are pretty good.

Losing often breeds losing. Winning sometimes breeds winning but often breeds losing…it’s not that these two worlds exist, it’s how you deal with them that matters. Just as I did with my tennis player in the above example, I can help you win more, stay out of the ‘outcome’ and be present, set expectations and learn to deal with losing in a way that allow you to feel successful.

Mind Expert
In her own private practice as an elite performance expert, she helps top athletes, musicians, and executives in competitive fields unlock the power of the mind and create the mental toughness to be the best. Having struggled most of her life with her own performance hurdles, she is driven by not wanting others to experience the same battles. Dr. Michelle’s extensive academic background, which includes a PhD in Clinical Psychology and a Masters in Sport Psychology, allows her to help clients deal with performance anxiety, gain more confidence, and build resilience. As many clients attest, their experience with Dr. Michelle is exactly what they needed and more than they expected – it was life changing.