An email from a tennis parent 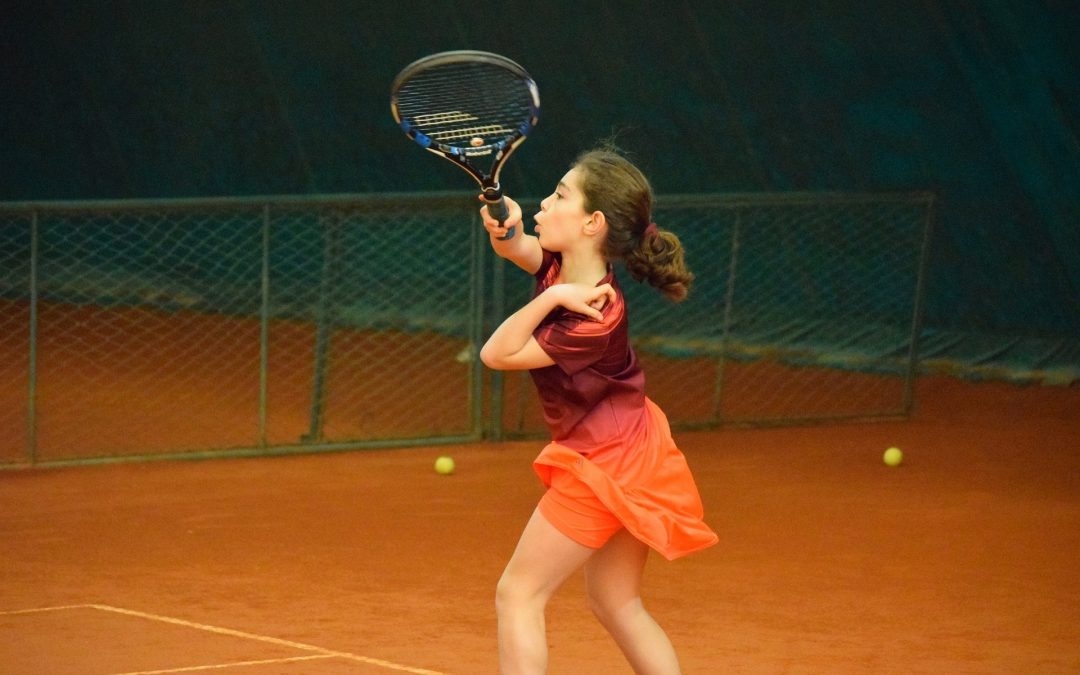 I got an email from a parent the other day and my heart broke for the parent and the child. Parenting is so complex and being a child is so complex. When everything is going good, it’s all good but things start heading in the wrong direction, it can certainly be tough for everyone involved.

Parent: my oldest son is 9 years old. He is a great kid: intelligent, funny, outgoing, likes sports, etc. But he’s also extremely emotionally intense and wired very tight, too tight for his own good. I’m started to get genuinely concerned that he’s going to suffer an ulcer by age 20.
In tennis, he’s playing 2x-3x/week and enjoying it, and I’m making sure to be very chill about it. No hockey dad, no gotta win, none of that bad stuff. I constantly emphasize: try your best, have fun, keep learning and growing. Now he’s in my new Monday 4pm jr dvpmnt program for my best six 9-11 yr olds, but fyi none of the kids, including my son, are any good, at least not yet (with one exception). I just started having these six boys play one-set challenge matches against each other and, again, I’ve bent over backward to explicitly emphasize to all that winning or losing doesn’t matter at this age, their results in these challenge matches won’t change their lives one tiny bit, just try your best, etc. etc. And I watched my son play a match y’day and am stunned, absolutely stunned (although hiding this from him), at how anxious he obviously was while playing. For one thing, he played very poorly and tentatively and, because he was nervous, moved around the court very poorly — but I consider that within the range of normal for someone being nervous while doing something new. But more to the point, he exhibited a weird sort of tic I’ve never seen before, in which he grabbed his throat in between points on several occasions. He didn’t really have an answer for it when I asked him about it afterward.

But by far the most disconcerting thing is that he obviously was so anxious about the notion of trying and failing that he faked an injury — yes — for the last 3 games of the match, thus giving himself a mental “out” for losing. He was up 4-3, and somewhere around then he started faking the injury, limping noticeably, etc., and, big surprise, lost 3 games in a row to lose the set. Just trust me when I say that he was faking it, I know what I’m talking about. I made sure to be chill and pleasant about everything, congratulating both boys afterward for trying their best and having fun. I gently (not sternly) asked him about the injury afterward, and pretended I believed him, and he said it was from banging his knee and “kind of” his groin too. He limped noticeably to the car. 20 minutes later, after we had been home, he was of course miraculously cured and running around with friends.

Not good! I’m wondering if I should gently ask him if he prefers to not play tennis. Assuming he wants to keep playing, though, he’s going to have more challenge matches in the foreseeable future and I can’t have him go through this routine again. Having said that, I know with 100% certainty that if I challenge/inform him that he was faking the injury and he shouldn’t do that again, he will FREAK OUT and of course vehemently deny, cause a huge scene, etc.

It sounds like you are trying to handle this in the best possible way but honestly kids do not want to let their parents down and unfortunately often times that means being the best and winning. That attitude may have not come from you but it’s so prevalent in society and if he’s practicing in one of your groups….hard stuff.
His anxiety is common but he does need a new way of coping with competitive pressure otherwise it’ll get worse and at some point he’ll leave himself no option but to drop out. Faking an injury sounds like his way of shitting down before he starts losing and again is common for tennis players who are losing. I have seen professional tennis players use it frequently.

Regardless this stuff should concern you because there are implications outside of sport and you certainly don’t want your son to go through life & tennis dealing with these things in this way. How would you talk to another tennis player his age about this?

I would suggest that you start by asking him the following questions:
1. Does he like tennis?
2. Does he have fun playing tennis?
3. Is competition hard for him?
4. What support does he need?
5. What makes tennis hard?
6. Does he want to play tennis?

And yeah I would leave the injury alone. We can always talk more about this if you want.
There are other things to think about in this situation but this is a baseline. As a parent it’s hard to think about ‘what might come up’ with your child but it is important to understand that things like confidence, positivity, worries, fears, anxiety, etc. come up in a every child’s life. Even though is may seem like your child is ‘dealing’ well, chances are they are flying by the seat of their pants and doing what they have to do to get by. This is not conscious or calculated. It just is. Realize that your kids, need your help, building these skills and coping mechanisms. It can and should start happening early in a child’s life.

Mind Expert
In her own private practice as an elite performance expert, she helps top athletes, musicians, and executives in competitive fields unlock the power of the mind and create the mental toughness to be the best. Having struggled most of her life with her own performance hurdles, she is driven by not wanting others to experience the same battles. Dr. Michelle’s extensive academic background, which includes a PhD in Clinical Psychology and a Masters in Sport Psychology, allows her to help clients deal with performance anxiety, gain more confidence, and build resilience. As many clients attest, their experience with Dr. Michelle is exactly what they needed and more than they expected – it was life changing.